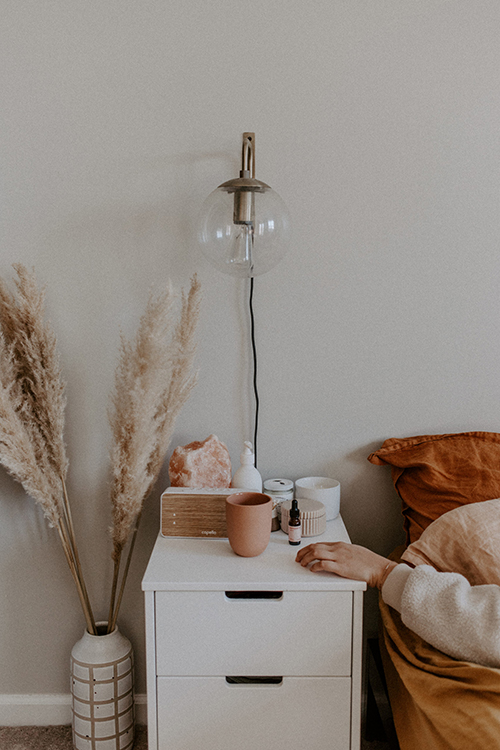 The days are getting shorter, the Netflix binges are getting longer, and you won’t hear us complaining about it!

Drop in some Rosebud CBD oil, find the remote, cocoon yourself into your favorite blanket, and you’ve got the perfect ingredients for an amazing night-in.

However, when it comes to picking out exactly what you’re going to watch, it might not be so easy-breezy.

When you’re relaxing and cuddling (thanks, CBD) there’s nothing worse than scrolling endlessly on Netflix, totally unable to find a show you want to commit to.

If you’re looking for a great new TV show to binge-watch, you’ve come to the right place!

Rosebud’s team has diligently searched for the best binge-worthy TV shows, so you can take “finding new favorite TV series” off your to-do list this winter.

This TV show is truly unlike any other.

Weediquette follows legendary Vice correspondent, Krishna Andavolu, as he explores the science and culture of the legalization of marijuana in the U.S.

In this half-hour TV show, Krishna exposes some of the controversies, assumptions and stigmas surrounding the marijuana industry. He also investigates other topics like using cannabis as medical treatments for infants and children, cannabis for veterans with PTSD, parents and injured athletes who consume cannabis, and much, much more- four seasons more, to be exact.

Recent episodes have covered topics such as how cannabis may be able to help PTSD patients, how some cannabis companies are moving production to Columbia, and the medical marijuana movement in the UK.

Weediquette is perfect for relaxing and hanging out, while also staying up-to-date on today’s cannabis culture.

As far as binge-worthy TV shows go, there are a few that come to mind as quickly as this particular show does. This irreverent cartoon show isn’t only funny, it’s smart as hell.

Meet Rick; a degenerate grandfather, who is ridiculously intelligent and hopelessly bored. Rick and his dim-witted grandson, Morty, spend each episode traveling all over the universe solving (and creating) outlandish problems, while simultaneously bouncing into other timelines.

According to Nielsen, it was the most-watched comedy show for 18-to-34-year-olds in the United States in 2017. And there’s good news for those fans who have already seen each episode more than once: they just dropped season four!

Light one up, and get ready to watch a whole season in one sitting because, yeah- it’s really that good…

This show is every foodie’s dream.

With an unlimited amount of cannabis at his disposal, as well as the most highly regarded top chefs by his side, Abdullah coordinates the dopest dinner parties and special events that give us a serious case of FOMO.

To top it off, the dinner guests carry on some seriously great dinner conversations about the culture, politics and stigmas in the cannabis landscape.

Since August 2005, the gang of It’s Always Sunny‘s has been wreaking havoc on the city of Philadelphia with their self-centered, greedy, egotistical and manipulative ways. And they are just funny as hell.

The “gang” consists of Dennis, Mac, Charlie, and Dennis’ sister, Dee. The group co-owns Paddy’s Pub, an Irish bar in South Philly. Frank Reynolds, played by Danny DeVito, joined the ranks in the midst of season two, and it only added to the shows hilarity.

The stars of It’s Always Sunny are also the show’s creators. Additionally, they are all great real-life friends, and boy does it show. The result is a camaraderie of plots that always involve heavy doses of unethical behavior with ensued hilarity.

Take a hit and then check out It’s Always Sunny in Philadelphia for yourself. You will wonder how you didn’t discover this hilarious TV show sooner.

The storyline revolves around both employees and customers: a grower who talks tenderly to his plants, a security guard struggling with PTSD, a housewife who found an escape from her hum-drum life through cannabis, and Dank and Dabby, two regular customers who are off-the-wall hilarious.

If you’re looking for an easy-to-watch TV show, Disjointed won’t let you down.

Golden Globe Award winner Mary-Louise Parker stars in this original comedy series as a suburban California mom, who is forced to start selling marijuana when the unexpected death of her husband leaves her and her family in a dire financial situation.

Weeds is a classic, and Nancy Botwin handles her woman-run business like a total boss.

All 8 seasons are full of rich, dark humor that makes you want to binge watch the show over and over again- whether you’re a dedicated Weeds superfan, or first-time viewer.

In 2012, power-couple Ben Sinclair and Katja Blichfeld created High Maintenance, having 44 episodes under their belts to date.

“The Guy” Ben Sinclair himself, stars as the unnamed, bike-wielding, pot dealer, with a colorful smattering of New York clients. Each episode takes us into the customers home, and no two episodes are alike, like… at all.

High Maintenance is truly iconic – from the creative way the episodes are shot, to the hilarious moments that go so far beyond stoner humor. We love the show’s raw and real take on the life of men and women that smoke weed.

In fact, this show has been praised for its honest and genuine depictions of human beings, with Indiewire recently calling it “TV’s most human show”.

Tidying Up with Marie Kondo – Netflix

This Netflix show with a cult following is based on Marie’s book, The Life-Changing Magic of Tidying Up.

In this uplifting Netflix series, Marie helps people sort through piles of their belongings, encouraging them to decide what they want to keep or toss, based on whether or not it “sparks joy.”

This is the ideal TV show for when you’re dropping some (*CBD oil*) joy of your own.

Bored to Death is a sitcom that’s based on an unsuccessful fiction-obsessed writer who- after his girlfriend dumps him- decides to spend his spare time pretending to be a private detective.

Although this show only lasted 3 seasons, it has become a cult classic since its cancellation, especially among CBD-enthusiasts.

Wilfred has always been considered a cult-comedy.

The show is based on Ryan, a young man who is down in life and decides to commit suicide by overdose (and fails) but the drugs leave him with the ability to see his neighbors dog as an Australian man wearing a dog costume. Everyone else around Ryan sees Wilfred as just a plain, ordinary little dog.

Jason Gann (who is the show’s creator, as well as the actor who plays Wilfred) is a lover of all things CBD, and as he told GreenEntrepreneur: “I’m a highly-functioning stoner, but too much of anything can be a problem. That’s why I think the introduction of CBD is fantastic- where you can enjoy the medicinal value without the psychoactive experience.”
A show that’s entertaining, and encourages users to experience all that the cannabis plant has to offer: 10/10 in our book.

Is there an amazing binge-worthy TV show that we missed? Clue us in, tell us below!

This article is intended for readers aged 21 or older. Any products mentioned above are not intended to diagnose, treat, cure, or prevent any disease. The writer is not a medical professional, and her experience is based on personal use only. The legality of cannabis products varies by state, and readers are encouraged to check their local laws before purchasing and using cannabis products.

Rosebud CBD does not promote, condone or advocate licit or illicit drug use. Nothing in this article should be construed as advice regarding the legal status of cannabis products.