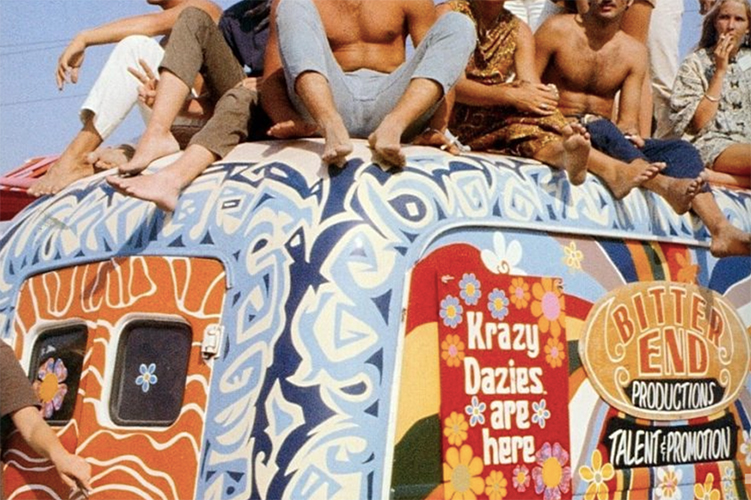 The Woodstock Music Festival of 1969 was a place for 200,000 people to come together to celebrate peace, love, and good music. Now, the festival has remained an icon of music culture and stark reminder of performances by rock legends including Jimi Hendrix, Janis Joplin, Joe Cocker, Grateful Dead, and many more.

50 years later, Rosebud is celebrating the anniversary of this historic festival by popping up at The Woodstock Way Hotel and partnering with other town favorites including Glo Spa, Shindig, Early Terrible, and The Mud Club.

Whether you’re celebrating in Woodstock or at home, we’ve got you covered with a playlist featuring the greatest of the 60’s & 70’s. Just picture it – you’re behind the wheel, wind running through your hair, driving down an open road, and Creedence Clearwater Revival (we highly recommend Born on The Bayou) is transporting you to 1969.

We encourage you to spread good vibes and sing along to the classics by Ten Years After, Canned Heat, Booker T. & the M.G.’s, Sweetwater, Richie Havens, Tim Hardin, Jonny & Edgar Winter, and so many more.