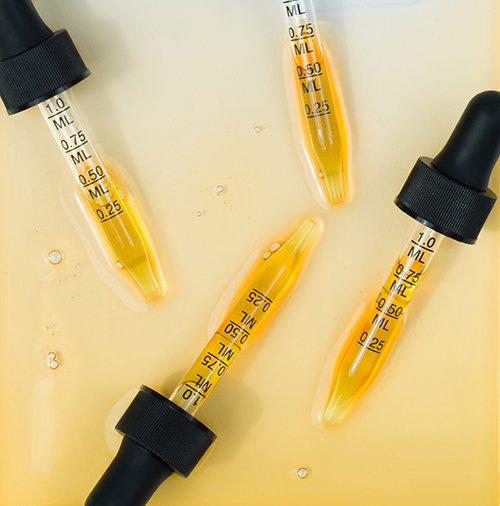 The fact is, the wonderful world of cannabis is expansive.

Legalization for medicinal and recreational cannabis use is sweeping over the U.S., and the medical field is learning more and more, every single day, about the benefits, uses and effects of the cannabis and hemp plants.

While there is so much we have yet to learn, what we do know is impressive- to say the least! Some of the most important info is regarding the importance of cannabinoids; what they are, what they do and why they’re important.

But here’s something that some of our customers are actually unaware of: Rosebud CBD oil also contains a few additional cannabinoids, such as cannabigerol (or CBG) and cannabichromene (or CBC).

How Do I Know What’s *Actually* In My CBD Oil?

Rosebud CBD provides up-to-date, third-party batch reports so that our customers can see exactly what they’re putting in their bodies.

Why is this important? While the industry is still figuring out how to regulate CBD (and what it’s going to look like moving forward) it’s up to us users to be discerning about the CBD oil that we’re buying, and using.

So, when you’re reading the batch report you’ll notice that among the terpene profile and the pesticide analysis, there is also a cannabinoid profile. This cannabinoid profile shows a small amount of other cannabinoids present in our CBD tinctures, such as THC, CBG and CBC. “Why” you ask? Let us explain!

Rosebud CBD is full-spectrum, meaning that in order to receive ALL the benefits that CBD has to offer, there are other cannabinoids present to exacerbate these effects. This is known as the entourage effect.

Full-Spectrum CBD; What is the Entourage Effect?

CBD alone is good- CBD in the presence of other important cannabinoids is even better. An important tenet of natural medicine includes using the entire plant, rather than isolating or producing individual compounds in a lab.

When natural compounds are combined, we don’t end up with the sum of each individual part; rather, we get a multiplying effect. These different compounds (cannabinoids) when combined, will amplify each other- making the overall plant more effective in treating and healing.

In addition, interest in terpenes and other lesser-known cannabinoids is beginning to seriously spike. We’re seeing cannabis growers starting to focus on CBG production, and extract producers starting to capture cannabinoids like CBN and CBC. Research into the terpene entourage effect is also helping us understand more about the cannabis plant’s synergistic effects.

If you’re interested in getting the most out of your cannabinoids, look for full-spectrum CBD oil!

Are There Other Cannabinoids in Rosebud CBD Oil?

In short; yes- there are additional cannabinoids present in Rosebud CBD, specifically cannabinoids CBG and CBC. While the amounts are small, the presence of these other cannabinoids (as mentioned above) is important!

Cannabigerol (CBG) is one of the other cannabinoids present in Rosebud CBD and has been garnering lots of attention in recent news. It seems to also possess tons of health benefits- but how does it stack up against CBD?

Both CBD and CBG are non-psychoactive, meaning they won’t get you high. They’re both all-natural, have minimal (or zero!) side effects, and offer a wide range of health benefits due to its interaction with the endocannabinoid system. CBG works by increasing anandamide levels;  anandamide is a naturally occurring cannabinoid found throughout our bodies, which helps regulate functions like appetite, sleep, and memory.

CBG has also been showing signs of effectively treating overactive bladder, Glaucoma, depression, anxiety, irritable bowel disease, and can be used as an appetite stimulant with anti-inflammatory benefits and antibacterial properties.

The other cannabinoid you’ll find in Rosebud CBD cannabinoid profile is cannabichromene, or CBC. While clinical studies are still in the early phase, it packs a punch with its proven attributes, like it’s anti-inflammatory properties.

Since CBC also shares the traits of CBD, our full-spectrum tincture packs a 1-2-punch when combating the many inflammation based diseases such as rheumatoid arthritis, Crohn’s disease, and Alzheimer’s.

Additionally, researchers are studying CBC for its antimicrobial and anti-fungal properties.

Honestly, the scientific research of these additional cannabinoid compounds is still relatively new. While we have definitely made great strides where research and legalization is concerned, we’ve just begun to scratch the surface!

In the meantime, if you’re suffering from chronic pain, PTSD or other mental illness, or even osteoporosis, Rosebud’s full-spectrum CBD oil might be just the relief you’re looking for. As with any treatment, we advise that you do your own research, take advantage of the online resources available, and consult your doctor before changing your lifestyle in any drastic way.