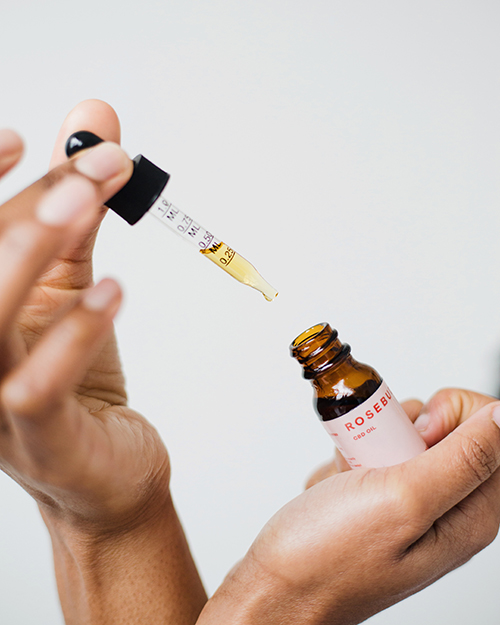 The short answer is yes.

Let’s first start by defining anxiety, and taking a glimpse at what goes on inside the body when it strikes.

What Actually is Anxiety?

The dictionary defines anxiety as a feeling of worry, nervousness, or unease, typically about an imminent event or something with an uncertain outcome. We know this definition is not all encompassing, and that with this one word comes a flux of complex emotions which affect everyone differently.

According to the Anxiety and Depression Association of America, anxiety affects roughly 40 million adults in the United States. Often the words “stress” and “anxiety” are used interchangeably, but they’re actually quite different.

Stress refers to the sensation of overwhelm one typically experiences from a known source; whereas anxiety can be a result of stress, and in most cases, the source is unknown. Some would argue that this makes anxiety even more powerful, because we expend even more energy by trying to understand what’s causing the sensation of anxiety.

Without getting too deep into the science of it all, here’s how your brain interacts with anxiety: let’s imagine your brain is a sandwich—there are two pieces of bread, one piece represents the half of your brain tasked with processing incoming sensory signals, and the other piece represents the half that interprets those signals. The amygdala (say it with me, ah-mig-da-la) is the meat and cheese in between the bread, acting as a hub for both parts of your brain to communicate with each other.

The amygdala is also home to emotional memories and associations, like a fear of heights, or negative associations with flying. Another part of the brain, known as the hippocampus, takes any incoming sensory signals which are perceived as threats, and associates them with emotional memories stored in the amygdala, ultimately to trigger a response.

I’m sure, at least once, you’ve heard someone use the phrase, “I’m triggered”? Ding ding ding! It’s all making sense now.

Whether the threat is actually happening, or is just being perceived, the body responds with it’s fight or flight response, releasing chemicals like cortisol, adrenaline and norepinephrine.

This release of chemicals and hormones can cause a slew of physical reactions like:

How Does CBD Work?

Before we dive in, let’s do some general housekeeping.

CBD is an abbreviation for cannabidiol, and it’s a non-psychoactive compound extracted from cannabis, meaning you cannot get high from using it. (Please note that Rosebud is full spectrum, and contains trace amounts of THC) CBD is one of 100+ cannabinoids found in the hemp plant.

Okay, now onto the good stuff.

Remember back in grade school when we learned about the body’s digestive, circulatory and endocrine systems? Well, class is in session! Much like those, your body is also equipped with an endocannabinoid system. Studies of the endocannabinoid system only started surfacing in the early 90’s, but researchers know that this system plays a role in major bodily functions like appetite, digestion, sleep, mood, and memory.

The system has 3 parts: receptors, enzymes, and endocannabinoids (little tiny molecules that activate the receptors), all of which exist and function whether an individual consumes CBD or not. Taking CBD is like adding a catalyst to the system—it helps the process go even more smoothly.

Now, here’s what happens when someone takes CBD:

How Does CBD Help Anxiety?

Okay, now that we know how the endocannabinoid system and CBD interact with one another, let’s talk about how this compound can alleviate anxiety.

Well, let’s dive into some introductions first. Reader, meet Serotonin—I’m sure you two are familiar! Serotonin is a neurotransmitter that likes to hang out in the brain, but also makes some appearances in the bowels and and blood platelets, too. Think of our girl Serotonin as the life of the party—when she’s around, everyone’s feeling groovy and there’s a general increase in happiness. Typically, right around the time she leaves the party, anxiety and depression have been known to make an entrance.

When faced with low levels of serotonin, many have turned to prescription drugs like Zoloft and Prozac. Prozac alone has numerous side effects on the body, including nausea, headaches, insomnia, drowsiness and dizziness. CBD is a naturally occurring, plant-based alternative, with fewer side effects. CBD activates our serotonin receptors, and helps maintain serotonin levels to regulate our mood.

In addition to maintaining serotonin levels, CBD also regulates one of the most important things in our lives—for many of us, it’s the thing we look forward to most at the end of the day—sleep. More than 50% of adult patients with generalized anxiety disorder have difficulty falling asleep, in addition to sleeping deeply. Remember, your endocannabinoid system already regulates things like sleep and mood (@relaxation, aka the key ingredient to falling asleep). So, increasing the number of cannabinoids in the body helps the endocannabinoid system do its job even better, leading to deeper sleep, and of course, less anxiety.

There are a number of ways to incorporate CBD into your lifestyle. RB’s oil tinctures have only 2 ingredients: full spectrum hemp extract, and coconut oil (yum), making them a great addition to a cup of tea or coffee, smoothies, mocktails, and even food. However, research has shown that this compound is most effectively absorbed when taken by itself, under the tongue. Of course, for topical pain and inflammation, applying RB’s salve is a great option as well.

Lastly, while we agree that CBD is a great tool for alleviating anxiety, it’s important to remember that it is not an all encompassing fix. CBD is best used to combat anxiety in conjunction with other measures we take to maintain overall health, including exercise, nutrition and therapy or counseling, among other things.

Here at Rosebud, we make it a priority to educate our readers on how they can reap the benefits of CBD, but we also make it a point to emphasize that CBD and Cannabis are moving parts in the bigger picture of overall health and wellness.